Our Coalition’s broad-based candidate slate represents a large portion of the Guild’s 20 bargaining units and 95 percent of Guild members. Find out more about who we are: 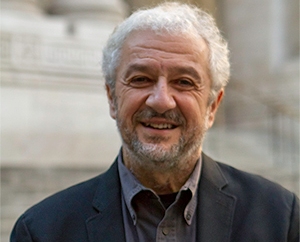 Peter Szekely has been President of The NewsGuild of New York for more than a year, following eight years as the Guild’s No. 2 officer. He is a journalist who spent most of his career working as a reporter in the Reuters Washington bureau. While at Reuters, he held several rank-and-file Guild offices, including Local … END_OF_DOCUMENT_TOKEN_TO_BE_REPLACED

Anthony Napoli has been the Guild’s part-time Secretary-Treasurer for the past year in addition to his full-time position as a Local Representative, which he has held for more than 10 years. Napoli because became a Guild member in 1986 when he joined The New York Times Unit.  He was elected a shop steward in 1988 … END_OF_DOCUMENT_TOKEN_TO_BE_REPLACED

Kathy Wilmore is currently the Guild’s 3rd Vice President. She has been Unit Chair at Scholastic for nine years, where she led the unit through long and difficult negotiations that produced a contract two years ago. She is a Senior Editor on Junior Scholastic, a current events/social studies classroom magazine for middle school students and … END_OF_DOCUMENT_TOKEN_TO_BE_REPLACED 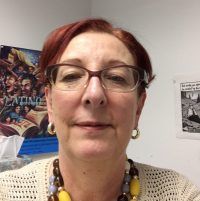 Anna Pierdiluca is the Unit Chair at Consumer Reports, where she has worked since 1993. In her job, she is on the Test Technician Team that tests myriad products, including electronics, home appliances and baby and child products. Previously, she worked in the health care field for 17 years. She has been married for 39 … END_OF_DOCUMENT_TOKEN_TO_BE_REPLACED

Dan Grebler is a current member of the Guild’s Executive Committee and Reuters Unit Chair. He also heads the Guild Bargaining Committee which is in the midst of contract talks. He is a Desk Editor at Reuters, where he has worked in various journalistic capacities for a long time.

Juan Carlos Rodriguez is a reporter who covers environmental law at Law360, where he has worked December 2011. He was a member of the organizing committee during the editorial staff’s effort to secure NewsGuild representation earlier this year. Prior to Law360, Juan Carlos was a reporter at the Albuquerque Journal for five and a half … END_OF_DOCUMENT_TOKEN_TO_BE_REPLACED 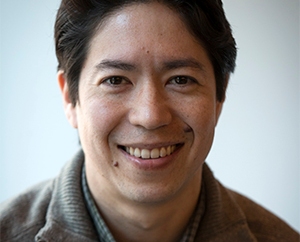 Joseph Ax has been a reporter at Reuters since 2011, following a 10-year newspaper career. He is a member of the U.S. general news reporting team, handling breaking news and writing in-depth features on a variety of topics. From 2011 to 2015, Joey was a legal reporter for Reuters, including two years covering federal court … END_OF_DOCUMENT_TOKEN_TO_BE_REPLACED 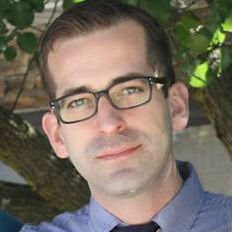 Stewart Bishop is a senior reporter at Law360, where he covers white collar crime as well as courts in New York City. He was part of the organizing committee which led the successful drive for union representation at Law360 earlier this year, and is currently a vice chair on Law360’s unit council. Stewart previously wrote … END_OF_DOCUMENT_TOKEN_TO_BE_REPLACED

Emily Douglas is a senior editor at The Nation magazine, editing for both digital and print. She was just elected First Vice Chair of The Nation unit after a three-year term as Unit Chair. She was a Guild delegate to a Labor Notes conference earlier this year and is a volunteer who is ready to … END_OF_DOCUMENT_TOKEN_TO_BE_REPLACED

Zachary Goelman is a video producer for the Reuters TV mobile app. He’s worked at Reuters for seven years, and served as a shop steward for much of that time. Prior to joining Reuters, Zach worked at the New York Daily News.

Emilio Gonzalez, a 25-year Guild member, is a Senior Test Program Leader at Consumer Reports. Emilio has been a member of the New York Guild’s Executive Committee and the Guild Unit Council at Consumer Reports for many years, as well as a Trustee on the CR pension and 401k plans. He has participated in numerous … END_OF_DOCUMENT_TOKEN_TO_BE_REPLACED

Rich Handel is an Assistant Test Project Leader who concentrates on testing fitness and recreational products, such as treadmills, stationary bicycles, bikes, and bike helmets. Besides being the incoming First Vice Chair of the Consumer Reports Guild unit, he is a company-designated representative on ASTM International Technical Committee for Sports Equipment and Facilities. Outside of … END_OF_DOCUMENT_TOKEN_TO_BE_REPLACED

Oscar Hernandez is an advertising sales rep at El Diario, where has been Guild Unit Chair since 1996. During that time, Oscar negotiated more than six contracts on behalf of El Diario Guild members. He also served on the New York Guild’s Executive Committee and was vice chair of the Representative Assembly. Outside of work, … END_OF_DOCUMENT_TOKEN_TO_BE_REPLACED 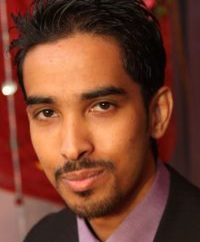 Dani Kass is a reporter with Law360. She previously worked at The Daily Progress in Charlottesville, Virginia, the Student Press Law Center and Investigative Reporters and Editors. She graduated from the University of Missouri – Columbia with degrees in journalism and Russian. 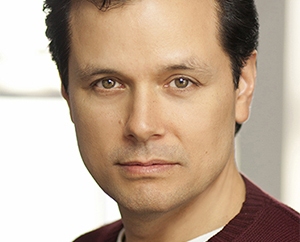 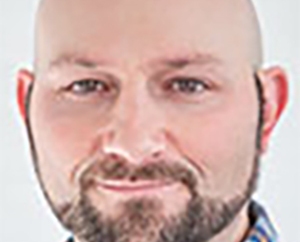 Daniel Neuburger, recently reelected as Unit Chair for the Time Inc. Unit, is a 17-year Guild member. Before becoming the Unit Chair, he sat on both the bargaining and grievance committees. He currently works as a Production Artist in the Design Department at Time Inc.’s People Magazine.

Marcus Payadue, a 26-year Guild member, is a Photo Editor at The New York Times. Marcus has completed the TNG-CWA’s new officer training seminar, and is a steward and incoming member of the Times Unit Council.

Hilary Russ has been a journalist for 15 years and currently covers public finance for Reuters. In addition to serving on the Guild’s Executive Committee, Hilary is a steward and was just elected to the Reuters Unit Council.

Eric Russ, an 11-year Guild member, is a Photo Editor at Scholastic Inc., where he serves as the Guild unit’s Vice Chairperson and Grievance Chair. Eric is currently a member of the Guild’s Executive Committee and is a Regional Vice President on the Executive Council of the Guild’s  parent union, The NewsGuild-CWA. 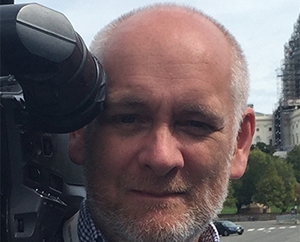 Mike Wood is a Senior Cameraman/Technical Director at Reuters who shoots, edits and posts video for the Reuters TV the mobile app. Mike has been a shop steward for several years and has 30 years of experience in television broadcasting and web streaming.